Sulfur Granular Russian with the best price and the best conditions and ready to send to safe ports around the world. 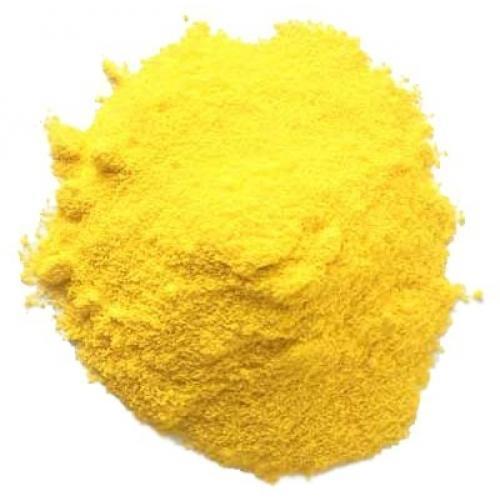 Sulfur is an important element for all living things.

For example, the presence of sulfur in the structure of amino acids and proteins can be mentioned.

Sulfur is a tasteless, odorless, polyvalent nonmetal, mostly known as the yellow crystals in sulfide and sulfate minerals.

This element is primarily used in fertilizers;

But it is also more and more widely used in gunpowder, laxatives, matches and insecticides.

Sulfur or sulfur is the name of a chemical element.

This element is in the oxygen family.

The discovery of this element goes back to prehistoric times.

The use of sulfur in various industries is very diverse and widespread.

Sulfur eliminates fleas and is very useful for fertilizers and agriculture.

The element sulfur is found in nature in its natural and pure form, or in the form of sulfide and sulfate compounds along with other metallic and non-metallic elements.
Cold and pure sulfur is yellow, but mostly changes color due to high temperatures or impurities.
According to the crystallization system, this type of sulfur is in four forms: alpha sulfur, beta sulfur, gamma sulfur and amorphous sulfur.
Annually, large amounts of sulfur are exported from oil and gas sources in different countries.
Iran and Russia are important producers of sulfur in the world that meet the needs of many consumers around the world.
The sulfur of these countries has a desirable quality and high purity.
So that in addition to meeting the needs inside the country, a large part of it is also exported abroad.

Sulfur is widely used in free form and in combination, but it is mostly used to prepare chemical compounds
And intermediate products in the industry cycle.
The highest consumption of sulfur in recent years has been in the agricultural industry and
the preparation of phosphate fertilizers, which are usually used directly to reduce agriculture and produce sulfuric acid, matchmaking, spraying fungi, whiteflies and insecticides.
Sulfur in oil refining, copper separation, preparation of organic and inorganic chemicals,
dyes, paper and pulp, leather making, plating, sugar industry, starch preparation,
preparation of synthetic fibers, pharmaceuticals and disinfection, non-metallic materials,
materials It is used in the food, soap and detergent industries, batteries, synthetic rubber,
sulfur concretes, various chemicals, and as a source of welding material.
It is also used in the production of sulfuric acid, agricultural fertilizers, and rubber, gunpowder,
matches, sugar and starch, insecticides and detergents, soap, dried fruit processing,
and cold storage disinfection.
Sulfur is widely used in free and in combination,
but it is mostly used to make chemical compounds and intermediates in the industrial cycle.

Petr opars Arghavan Company consists of skilled specialists in the field of export, import, wholesale of petroleum products and chemicals.
It supplies petrochemical and refinery products with the best competitive prices from Iran, Russia and other countries.
Petropars Arghavan Company is a large supplier for offering petroleum and refining products with competitive prices and the highest level of quality and sending orders in the shortest possible time to safe ports around the world.
To buy high tonnage export sulfur from Russia and Iran, you can place your order by sending an official request and financial confirmation to the company email.